Codes of conduct: they represent an expression of (wind energy) industry self-commitment, since they represent a set of guidelines recommending voluntary actions that members may or are advised to follow. The main aim of such codes is to provide opportunities for active and passive financial participation of local communities, either by benefiting directly the local community, or complying with certain self-defined minimum standards of transparency within information/communication and public engagement.

Codes of practice: they represent an expression of (wind energy) industry self-commitment, since they represent a set of written rules and guidelines through which the industry itself can operate legally, safely and efficiently. The main aim of such codes is to provide opportunities for active and passive financial participation of local communities, either by benefiting directly the local community, or complying with certain self-defined minimum standard of transparency within information/communication and public engagement.

Community acceptance: it is the dimension of the concept of social acceptance that refers to the specific acceptance of the siting decisions and the renewable energy projects by local stakeholders, in particular residences and local authorities. It is shaped by three elements: procedural justice, distributional justice and trust.

Distributional justice: it corresponds with the fair allocation of costs and benefits among the stakeholders of the project. It can be considered as a driver for social acceptance when the concept of distributional participation is translated into a passive/active citizens’ financial participation and positive impact on economy.

Energy cooperative: it is an autonomous association of people who voluntarily cooperate for mutual social, economic and cultural benefits. In energy context, they are one of the main forms of energy community organization spread across Europe. Moreover, cooperatives are commonly guided by the principles of self-help, self-responsibility, democracy and equality. This means that their members are able to participate directly and indirectly to the cooperative business, and, in the case of energy industry, to the energy transition.

Energy governance: it is the regulatory framework for national/regional/local targets, plans and policies, in terms of energy. In this sense targets are considered very important drivers for social acceptance, since specific policies and regulatory measures are considered enabling conditions, especially correlated with the issue of transferability of best practices.

Energy market: it is the specific market dedicated to the selling and purchasing of energy, that includes private buyers, households, large scale production companies, small producers, trading intermediaries and national/local authorities. It presents different characteristics according to different contexts and regulatory frameworks, that may result in differences in social acceptance.

Energy transition: it can be defined as a long-term structural change in energy systems. Energy transitions have occurred in the past but are also occurring crucially nowadays, with the transition from fossil fuel to renewable energy production and consumption. Even though a complete shift towards renewable energies is yet not sustainable, what represents the best option for planet and human safeguard is a drastic change in the production/consumption system, starting from changing energy system.

Environmental Impact Assessment (EIA): it a procedure regulated by European (EIA Directive) and national law, aiming at the assessment of the environmental consequences of a plan, policy, programme. For wind projects, for example, it is applied uniformly by EU members, but only in the case of a wind turbine overcoming a pre-established threshold. The purpose of such procedure is to ensure that the decision-maker is aware of the main possible environmental consequences. In such procedure are included spaces for public debate and direct public participation.

Exposure to electromagnetic fields: it is one of the potential risks for health linked with wind energy development, caused by turbines operations and associated infrastructures. In this sense, it represents one of the main concerns towards wind energy deployment, even though studies have demonstrated that the actual risk is very low.

Operational risk: it represents the possibility of a negative impact on health, deriving from a malfunctioning of the plant, as, for example, fire or ice throw from rotor blades. Regarding this type of risk, which constitutes one of the concerns related to wind energy development, minimum setback distances play a fundamental role in minimising the possibility of such risk to occur.

Passive financial participation: it is the social acceptance driver that comprises land lease payments for land owners/boni or special electricity tariffs for local residents (individual level). It can also refer to community foundations, community associations, compensation payment for the community, in-kind benefits, municipal ownership of the plants or tax revenues from the operation of wind power plants (community level).

Permitting procedures: they include all necessary procedures to provide a wind farm developer with the authorisation for the construction and the functioning of the plant. The permitting procedures are set uniformly at national level and they generally vary from one country to another. However, there are some procedures that have been established by EU, thus are applied in the same way to any wind farm belonging to specific category, notwithstanding their origin country.

Planning procedures: they include all necessary procedures to establish a territorial plan, mainly dedicated to wind power plant siting. Such plan can be set either at national or at federal/local level and has the main aim of defining in advance which areas, including protected areas, can be suitable for locating a wind farm and its associated distribution and transmission networks. Moreover, planning procedures represent a fundamental occasion to enable widespread public participation.

Procedural justice: it corresponds with fair and participative decision-making processes, transparency and inclusiveness, with the aim of giving all relevant stakeholders the possibility to participate. It can be considered as a driver for social acceptance when the concept of procedural justice is translated into procedural formal/informal participation of the citizens and transparent communication.

Setback distances: they represent minimum distances to build a wind turbine with respect to houses, property lines, roads, or protected areas. They can be a fixed distance, a distance relative to turbine height, or even in some cases, identified as a function of acceptable noise level. Defined on project basis (as a part of the Environmental Impact Assessment), they can be established either by federal/national authority or local government.

Shadow flickers: they are phenomena of alternation of lights and shadows caused by wind turbines blade rotation. The existence of shadow-flickers is related to health issues, such as for example photo-induced epilepsy. In this sense, they can be considered as one of the aspects preventing citizens from assuming a positive attitude towards wind power plant siting in their territory

Social acceptability: it represents the process underneath acceptance/unacceptance of a new socio-technical system. It can be analysed with a micro-social analytical framework (people’s attitude and perception), meso-political, or macroeconomic (structural). The positive result of this dynamic process of acceptability is social acceptance.

Social acceptance: it can be defined as a positive response related to a proposed technology or socio-technical system by members of a given social unit (i.e. country, region, town and household, organisation). It refers to decision makers (socio-political acceptance), market actors (market acceptance), or local communities (community acceptance). 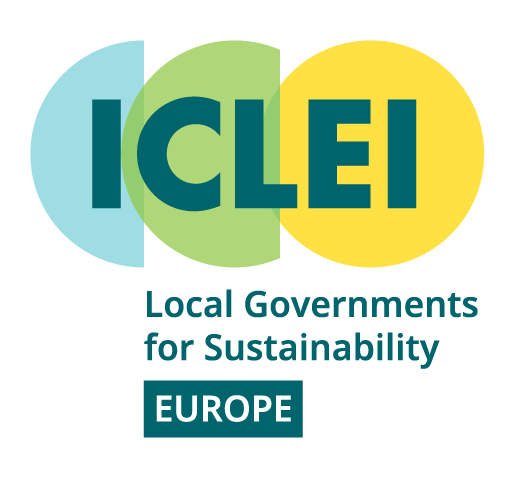 WinWind has received funding from European Union's Horizon 2020 Research and Innovation programme under Grant Agreement Nº 764717. The sole responsibility for any errors or omissions made lies with the consortium. The content does not necessarily reflect the opinion of the European Commission. The European Commission is also not responsible for any use that may be made of the information contained therein

This website uses technical, analytics and third parties cookies to get statistical data processing and quality control, and to allow you to share information with social networks. Please note that if you use the functions that interact with social networks, these could track your navigation with their cookies. To learn more on all our cookies, how to disable them or deny your consent, please read the privacy policy.

You have declined cookies. This decision can be reversed.

You have allowed cookies to be placed on your computer. This decision can be reversed.

This website uses technical, analytics and third parties cookies to get statistical data processing and quality control, and to allow you to share information with social networks. Please note that if you use the functions that interact with social networks, these could track your navigation with their cookies. To learn more on all our cookies, how to disable them or deny your consent, please read the privacy policy.